Spiritual Legacy: A Passion is Born

As a former skeptic, when I became a believer in high school, I was insanely focused on knowing why I believed what I believed.  For my own sense of security, I needed to discover the facts behind the doctrine I was being taught at church.

So I dove into the Bible.  I read.  And I had questions.  Lots of questions.

God knew that would be the case, so He strategically placed some knowledgeable people in my life to help me understand what the Bible was saying and why it was saying it.

Remember that youth pastor, Darryl, that showed up the same day I did at Central Church?  We hit it off, and he discipled me my first year at Central.  That means he took the time to teach me about God one on one.  Because I was a senior in high school, that was the only year I got with Darryl.  And, you know by now, I don’t consider our paths crossing a coincidence.

My time learning from Darryl was crucial to solidifying my faith.  A lot of people make decisions to believe in Christ, but they fall by the wayside, never fully developing an understanding of the Bible or Christianity because no one is there to take them under their wing and teach them.  But the Lord was gracious to me and placed two such people in my life that year. 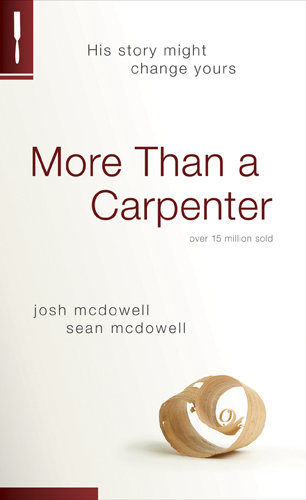 The other guy, Stephen, was the intern for our youth group.  He had a ton of Bible knowledge in part because his dad, a pastor, is a walking Bible.  But Stephen was also a college student studying Biblical Studies and Theology at the time, so he was game for any question I could throw at him.  We exchanged many book-long emails discussing the finer points of free will, predestination, and the meanings of words in the original Hebrew and Greek manuscripts.  I learned a lot.  Perhaps the most important thing I learned was, as Josh McDowell says, “Never has an individual been called upon to commit intellectual suicide in trusting Christ as Savior and Lord” (More Than a Carpenter).